A downloadable Glow Home for Windows

See how long You can survive

No Cap on Upgrades

Cannon Projectile speed is much higher

Fully New UI for all Menus

CheckOut That Guy's reactions to the updates:

This playlist has every video featuring Glow Home made by other people .

Press BackSpace to access the pause menu, and through it, the store for upgrades

Arrow Keys for Shooting in given direction

H to pause without UI

C to Toggle playing as a Cow

to stay in the loop

Discord: Be a part of the community

leave a comment and let me know how I'm doing <3

Huge Thank you to everyone who has tried the game , watched a video, or just been apart of the journey in anyway

That Guy That Does Things

I like the tow mechanic as it gives a twist from a classic twin stick shooter. The UI needs a bit of rework but it's functional. Good job :)

Niiiiiice one maaaaaaate! I had a good go. It was fun! Though I think the UI needs a little work, but I played on my PC, not a phone, so dunno if it's better on a phone. Anyways it has great potential and I'm looking forward to seeing you develop Glow Home more

thank you so much, ya I agree the UI needs the most polish currently. I really appreciate your support. I'm glad you had a good time.

Reply
Xanderwood1 year ago
I played your game.
Reply
Underfunded Scientist1 year ago

Thank you, I really appreciate it, it's amazing you featured it in a video

great game my friend! We will need to give it another try sometime and maybe do better but the game was so fun and looks amazing!

Thank you so much, i look forward to seeing you play again now that you know a little more

I played the game and I enjoyed it very much! This was surprising to me, as I’m not a huge gamer at all. But you have done an awesome job so far. What I have wrote here is only meant to be taken as constructive, as I really like the game and want to see it be improved!

The game looks very nice and is definitely fun, but the menus need a lot of love. The design of the player’s spacecraft is very cute. As a musician and music producer, I enjoy the main theme music. The game is lacking in communicating what is happening to the player.

The alien speak is absolutely adorable, however the “English translated” clips are quite hard to hear. They need to be made much clearer to understand, otherwise subtitles are required. I still think the inclusion of subtitles would be very nice regardless. This goes for the initial mission briefing as well as the “new store items” audio clip.

I didn’t realise until a few rounds that I need to bring the meteors to the very centre of the home sun/star. Requiring this makes the swinging of the tether very frustrating to control, despite it being alright to control otherwise. Great job on the feel of the tether.

Store menu is confusing. Initially I didn’t know what the prices were and what the power levels were.

I still don’t know what the “plasma” is, and I didn’t realise until a few rounds later that the cannons automatically fire on a set timer. What the weapons are and do needs to be communicated better.

When your spacecraft levels up, the “slow down” takes too long. After a second of slow down, it should gradually return to normal speed within a second. The particle effects are nice, but you need text saying “level up” as well.

I’m not sure if I am just bad at the game or if this is by design, but I feel like when you play the game for the first time, the enemies are very unforgiving and you need to play many rounds in order to upgrade your weapons so that you can at least last a minute.

It's very clear that a lot of love has been put into this so far. Congratulations and please keep going! (Still love the hair!)

Thank you so much for the great feedback, seriously I just want to start with the game is still very much a work in progress, and I agree with nearly everything you. I feel like all of your points deserve response.

Enemies can out run the player at max speed but have lower acceleration. To discourage players from running in a straight line forever, if you try to you will certainly die, although death currently has no penalty other than respawn. to avoid the enemies (assuming you are not powerful enough to easily kill them yet) you have to change direction often, make sharp turns and cut close to the enemies. I can legitimately make it to level 4 without taking damage. if you circle an enemy close enough they wont ever be able to catch you. but be warned , to prevent exploits enemy spawns are random locations, and from above so the player cant just circle enemies constantly to avoid damage, it takes active avoidance not just run and shoot behind you

Now I do understand I'm the dev so I'm going to know exactly what to do to win but I feel like with trial and error the learning curve wouldn't be too bad if I communicated the goals , threats , and tips to the player better, which brings me to the UI and Translations. I do apologize for lack of communication. When it comes to volume its been hard to decide how loud everything should be, I thought translations were quiet also so I will definitely make them louder, I've been changing the pitch all over the place trying different things and that's only mad matters worse.

Asteroids need only to overlap the stars in anyway, they don't have to go through the center necessarily and I don't want it to be easy to get asteroids to the home star for a few reasons :

The Alien chatter and translations are being brought into the game to replace a lot of the ugly UI . I Also hate how the store looks, it used to be more condensed , I just separated all the skills into the separate attributes that are being affected and i wanted to get something up and ready to use the new split feature I'm sorry it was confusing but it is at least color coded and labeled .

The Player starts with cannons unlocked, you can upgrade its rate of fire, damage , and number of projectiles separately , with no limit .I do not understand what you mean by "and I didn’t realise until a few rounds later that the cannons automatically fire on a set timer" all the weapons have a set fire rate, and that fire rate is upgradeable . you can either shoot in a given direction by pressing or holding an arrow key in a given direction, or my clicking and or holding the left mouse button to fire in the direction of the mouse.

Missiles are unlocked for purchase when the player is level 1 but not unlocked for use until the first time you purchase it, which as i type sounds ridiculous, so ill be changing it to being unlocked upon the level up in question but still not available to upgrade in store until that respective level

Plasma has the same rules for unlocking and purchase so ill be changing it in the same way as missiles, The plasma looks like a bubble with lightning in it, i honestly just started reworking the look of it and its not finalized . It does the most damage per hit and bounces when it hits enemies rather than just being destroyed.

Im glad you liked the feel of the tether , I worked really hard to use a cable component in a pretty unique way to be able to tow the asteroids with what feels like space physics.

I agree I need it to say Level Up, and am already working that into the game and I agree the time dilation does last a little bit too long, I'm shortening the time that it lasts and adding a kill streak system, that gives more gold and quick short slow mo at some key numbers like 3 5 7 idk.

I definitely have and am still putting my heart and soul into the game, i update weekly , work on it daily  .

Thank you again, sincerely I loved all your feedback and I seriously hope you give the next update a download

(and that you stop trying to run in a straight line, do some evasive maneuvers , I promise you'll break those Cubes ankles)<3

No problem at all; thank you for taking the time to write out thoughtful replies and explanations to everything! I will definitely be downloading future updates and I realise the game is far from finished, so I'm sorry if my feedback come across as too harsh.

Regarding what I said about the cannons and a timer, that was just me misunderstanding how they worked.

I did notice that making many turns while fighting the enemies was the best strategy, and I quite like that.

The features you have planned sound excellent and I'm looking forward to any progress you make!

Your fine, it stung a little but like i said i agree with most of it, thank you, im glad your sticking around for the journey . i just turned up the volume on translations, cut the slow mo time from 2 seconds to 1 . and changed the unlocking of new weapons to happening on level up rather than first purchase. these changes wont be uploaded to the build though untill i have some more to go with it 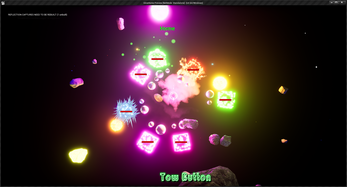 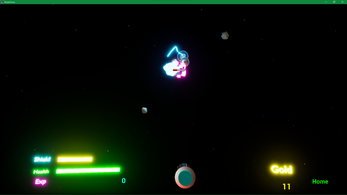 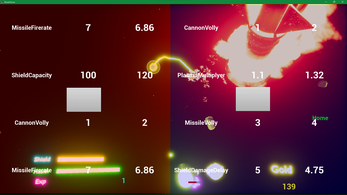 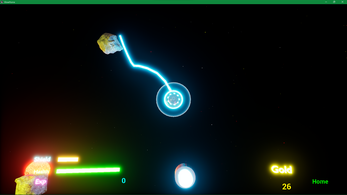 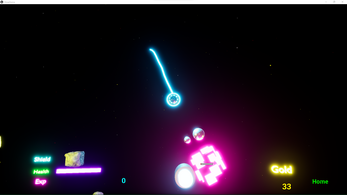 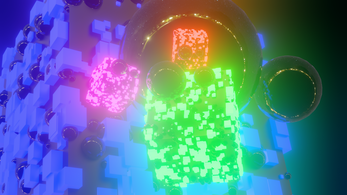 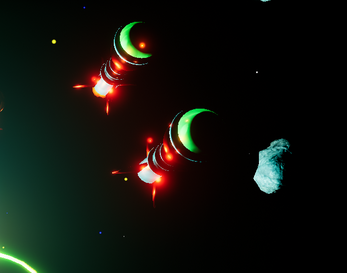 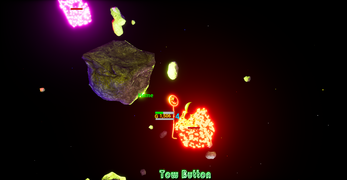 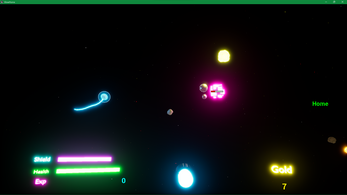